Seoul, Korea. September 2020. Nearly one year after it was first established, the REACH24H Korea Office went from mainly operating as one of the headquarters’ technical support centers, to taking a new role as a fully-established company. Since the beginning of 2020, the Korea Office has successfully offered full-cycle support to domestic businesses from Korea.

On September 16, 2020, the REACH24H Korea Office held its first press brief. Eight media journalists representing some of the top voices in journalism and industry development, including CNC News, Jangup News, CMN, K-Beauty Science, Beautynury, Daily Cosmetic, Beauty Hankook and Cosmorning. This meeting, which observed all security precautions in the face of the current COVID-19 pandemic, served as a formal introduction to the Korea Office, its General Manager and the discussion of promotion strategies and business development moving forward. 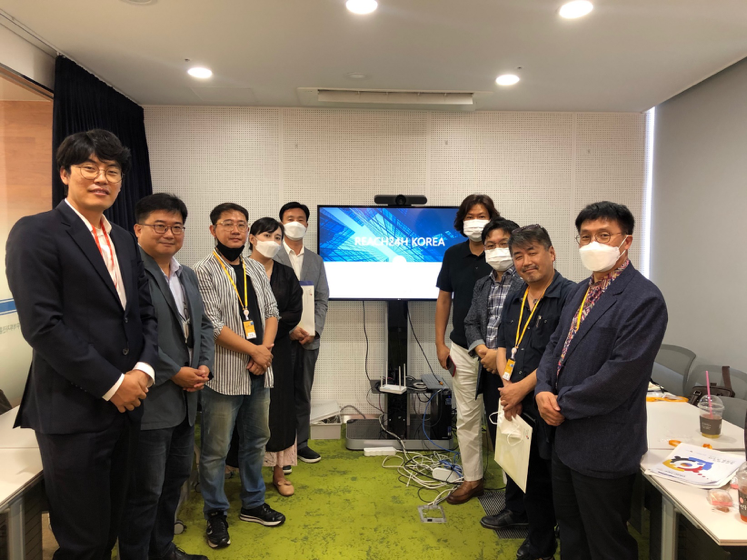 The new General Manager of REACH24H South Korea Office, Seongmin(Mike) Sohn made his first public introduction. Mr. Sohn’s background includes serving as a researcher for the Korea Cosmetic Industry Institute (KCII), overseas marketer at Won Tech, RA for Daewoong Pharmaceuticals and years of technical work for Histogenetics. He has written two books about K-wave and K-Beauty as co-author and has been invited as Key speaker more than 50 times from all around the globe.

Mr.Sohn began by introducing his role at REACH24H, the office’s focus on growing and expanding the services offered by the Korea office and achievements. 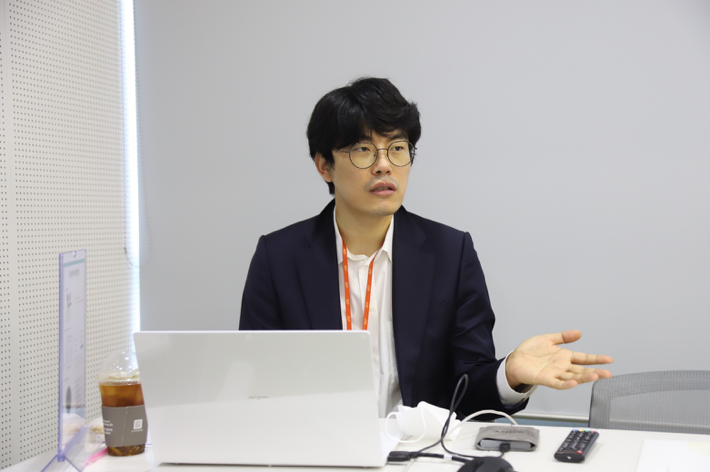 He later shared with Media Reporters some of the most pressing advances in the chemicals management industry and how these shaped the Office: Korea’s Chemical Substance Registration and Evaluation Act recently came into effect, and following regulations on chemical safety management such as the Chemical products safety Act & K-BPR, which were implemented one after the other, and increased demand by Korean companies for regulatory compliance services to manage higher import-export, the office was agreed to be the most logical action to take. Since its inception,  the Korea Office, under the leadership of Mr.Sohn, has managed more than 2,000 chemical registration projects.

A good development strategy is a powerful tool to help a company reach goals. Thus, Mike shared his views on the company’s 6 priorities:

2) To expand our business for Chemical Product Safety Act and K-BPR projects;

3) To work toward a wider role in cosmetic imports & exports;

4) To promote and expand services by CHEMLINKED.com (incl. Hangul-Korean- service)

Furthermore, Mr. Sohn also expressed his views on the most popular cosmetic market China holds the world’s largest and fastest-growing e-commerce market, which even higher growth levels marked by the pandemic. However, e-commerce marketing in South Korea has traditionally depended on YouTube and Instagram. In addition, he shared his views on how “natural ingredients” will become mainstream in China’s cosmetics market in the near future.

Before the meeting ended, Mike shared his goals for the South Korea office. REACH24H belongs to the private sector, yet he expects not to pursue projects aimed at generating revenue, but also to develop and grow with the industry by sharing useful information and services.