The Japan Chemical Substances Control Law (CSCL) was firstly enacted on 16 October 1973 to prevent environmental pollution and control chemical risks to human health. The Law is intended to manage risks of industrial chemicals manufactured and imported in Japan. The 4th amendment of CSCL was published in June 2017 and took effect in April 2018. The competent authorities are the Ministry of Health, Labor and Welfare (MHLW), Ministry of Environment (MOE) and Ministry of Economy, Trade and Industry (METI).

The figures in brackets refer to the numbersof substances as of December, 2019, cited from JCHECK and NIE-CHRIP Database.

Listed Existing Chemical Substances refers to those already manufactured/imported at the time of promulgation of the CSCL in 1973, excluding substances for R&D purposes or used as reagents.

•  Solid and liquid waste(excluding those recalled and sold);

•  Natural substances and alloys that do not meet theregulatory definition of “chemical substances”;

•  Chemical substances used for R&D purposes or asreagents only;

•  Articles and products which can be sold over thecounter with a volume of less than 20L (such as household detergent);

•  Chemical substances used for R&D purposes or asreagents only;

•  Natural substances and alloys that do not meet thedefinition of “chemical substances”;

•  Articles and mixtures packaged for final use(such as household detergent); 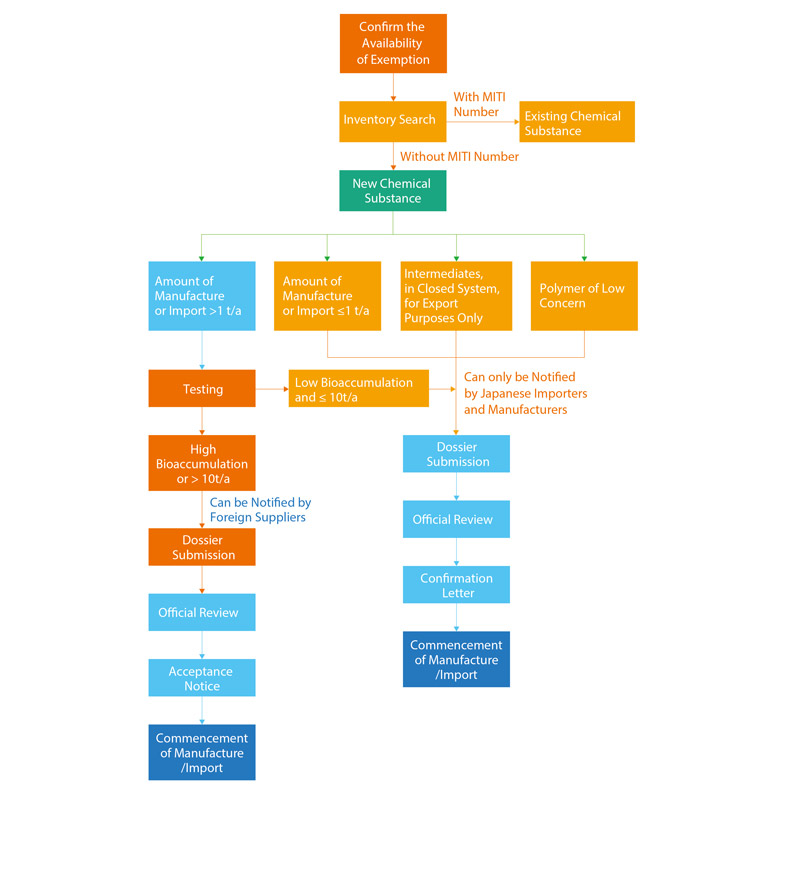 •  Preparation of SDS and Label